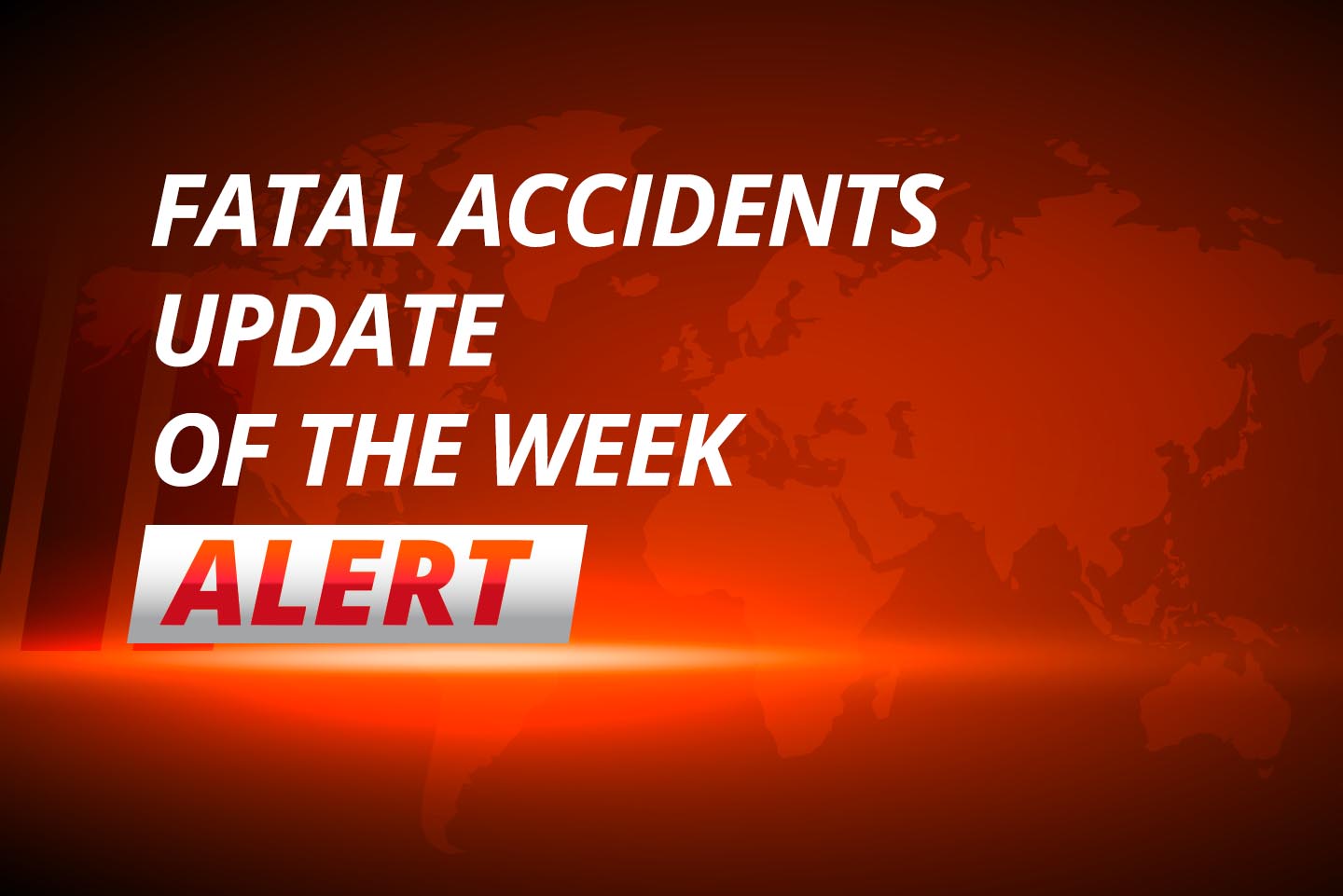 Liga Asuransi – Dear readers, how are you and your business? Hopefully in good condition and your business is going well and progressing. I can’t believe we’ve entered the beginning of November. Without us realizing it, there have been many events that have occurred in various parts of Indonesia and abroad.

In this article, we will provide you with 7 choices of events from within the country and abroad. Again, we remind you to always be careful every time you drive, as well as in carrying out daily activities because all kinds of risks that can harm financially to your life can happen at any time.

Jakarta, CNN Indonesia — The Gudang Garam cigarette factory in Kediri, East Java, experienced a fire from Monday (7/11) night to Tuesday (8/11) morning. The incident struck one of the units in the Gudang Garam complex on Jalan Mataram, Kediri City.

This was confirmed by the Head of the Kediri Police, AKBP Wahyudi. Even so, he did not explain the details and chronology of the fire.

Similarly, the Head of the Kediri City Fire Fighting Unit (PMK) Fanni Eryanto said that his party could not provide information about the fire.

“I’m sorry, UPT Damkar on orders from the leadership is not allowed to provide information. Please go directly to the Gudang Garam or the Kediri City Police,” said Fanni to CNNIndonesia.com.

Based on the information gathered, one unit of the Gudang Garam cigarette factory caught fire on Monday (7/11) at 23.30 WIB. It lasted until Tuesday (8/11) morning. Several fire engines were dispatched.

Meanwhile, in the video that was spread on Instagram social media, the flames seemed to soar. Dozens of PMKs seemed to come to the location to put out the fire.

The accident involved a bus with a truck on the South Ring Road segment, Bantul.

The Head of Public Relations of the Bantul Police, I Nengah Jeffry Prana Widyana, said the accident occurred at 04.15 WIB, Monday morning.

The accident began when the truck numbered BE 8690 BJ broke down and stopped in the fast lane.

“From west to east a bus with license plate number AB 7010 AW drove and a collision was unavoidable. The bus hit the back of the truck. And the truck hit a motorbike that stopped in front of the truck,” he said.

Jeffry stated that the bus had 20 passengers.

As a result of the accident, two people had to be hospitalized and treated at the Panembahan Senopati Hospital, Bantul.

The two of them suffered broken bones in their hands and feet.

“In that incident, the bus driver died while the driver survived,” he said.

The Head of Operations and Alert Sub-division of the Yogyakarta Basarnas Search and Rescue Office, Asnawi Suroso, said that his party received information that an accident had occurred with special handling of one person trapped in the back of a truck.

Receiving the report, the Yogyakarta Basarnas Office dispatched a rescue team equipped with extrication equipment for the special handling of trapped victims.

The victim who died was named Ivan (19), a resident of Ponorogo, East Java, who was a bus driver.

“Yesterday, around sunset, there was high-intensity rain accompanied by long winds. Then after sunset, I received a report from residents via the WA group, that there was a landslide at Mr. Magi’s house. This landslide entered the house and piled up two motorcycle units,” said Dukuh Tangkisan 1, Asmuni Ari Wibowo when met at the location, Tuesday (8/11/2022).

According to detikJateng’s observations, the house was hit by a landslide from a 15-meter-high cliff which is located directly behind it. This material damages the motorcycle storage garage space.

There were two motorbikes in the garage at the time of the incident. The vehicle was damaged because it was buried by soil that entered through the garage door.

This afternoon, residents and a team of volunteers were deployed to clean up the remnants of the landslide material. Cleaning is done manually due to limited tools and difficult access for heavy equipment.

“Because of limited equipment and difficult access here, cleaning is done manually by residents and volunteers,” he said.

“We have received 42 landslide reports. Most of them hit houses and hilly roads,” said the Head of the Kulon Progo BPBD Emergency and Logistics Section, Budi Prastawa.

In addition to landslides, BPBD also received flood reports, which mostly occurred in Kulon Progo on the south side. The flood inundated residential areas, and access roads to rice fields.

“Another disaster that was reported to us was flooding. The number is in the tens, but we are still in the process of assessing it,” he said.

Currently, BPBD has deployed 5 teams to collect data on locations that were reported to have been affected by the rain-induced disaster yesterday afternoon. The results of this assessment become the basis for determining disaster management.

“It happened at around 05.15 WIB,” said the Head of the Law Enforcement Unit of the Pamekasan Police Traffic Unit, Ipda Bambang Budianto.

The fatal accident occurred when the car driven by Moh Amin was traveling at high speed from Sumenep to Surabaya.

Arriving at Jalan Raya Tlanakan, a Daihatsu Xenia car with plate number M 1312 AA driven by Ahmad Hidayatur Rosi was about to overtake the vehicle in front of him.

However, at the same time, a pickup truck with the police number M 8030 XD was driven by Abdul Fata (54) from Bandaran Village, Tlanakan District, Pamekasan from the opposite direction.

As a result, a collision between a pickup and a Daihatsu Xenia car driven by Moh Amin occurred.

Several passengers in the pickup car also suffered minor injuries including Samsiyah (70), Suci (40), and Tusiyeh (56). All three are from Bandaran Village, Tlanakan District.

The traffic accident between the pickup and Xenia at kilometer seven from the direction of Pamekasan City disrupted the flow of traffic from Pamekasan to Surabaya and vice versa.

“But now the conditions are normal and we have evacuated the vehicles involved in the traffic accident,” said Tlanakan Police Chief AKP Supriyadi.

Regarding this accident, the police chief also appealed to residents who want to travel to control the speed of their vehicles.

This deadly accident on the national route connecting districts on Madura Island is the second time.

A similar incident also occurred on Monday (7/11/2022) afternoon between a motorcycle and two minibusses at kilometer 14 of the National Road of Feng Dake Village, Bluto District, Sumenep.

The traffic accident occurred at around 12.30 WIB after car number L 9091 BW driven by Pria Bagus Eko Siswanto (28) swerved while traveling from east to west so that it entered the opposite lane.

When entering the opposite lane, the vehicle collided with a car Nopol B 2004 PFH driven by Moh. Yondri (30) resident of Talango, Sumenep.

After hitting a car, the vehicle also hit a motorcycle with Nopol D 5253 ACB driven by Ridwan Aldi Renaldi (24), a resident of Cirebon, who was right behind him on the north side of the road. Unfortunately, from the incident, Ridwan died on the spot.

Overview of Risk Management and Insurance

The building, which was formerly the Bandung City DPRD Office, is about 100 meters from the Bandung Mayor’s Room, Yana Mulyana.

Until this news was revealed, the fire was still very large. Nine fire engines have arrived at the scene.

“The fire started from the 2nd floor,” said Asep Priyatna (43), a room guard for the Deputy Mayor of Bandung who is also not far from the scene.

The fire that spread rapidly made employees and guests in the Bandung City Hall environment scatter to save themselves.

“The employees in the building immediately screamed and ran to save themselves,” he said.

Asep said that the meeting held by the Mayor of Bandung in the living room of Bandung City Hall was immediately dismissed.

“The mayor is also in a meeting, immediately disbanded,” he said.

Liputan6.com, Riyadh – The Royal Saudi Air Force F-15 fighter jet crashed in the training area of ​​King Abdulaziz Air Base due to a technical malfunction.

This was conveyed by the official spokesman of the Turkish Defense Ministry Brigadier General Al Maliki said on Monday. The crew of the fighter jet consisted of two officers.

Quoted from the Khaleej times page, Monday (7/11/2022) the two crew survived the accident after using their ejector seats, the Saudi Press Agency (SPA) quoted the spokesman as saying.

“No injuries or ground damage were reported,” the ministry spokesman in Saudi Arabia said.

“The investigative committee has started its work to uncover the details and reasons behind this incident,” SPA said.

“On August 18, 2021, a MiG-29 aircraft crashed during a flight in the Astrakhan Region, Russia,” Sputnik reported, citing a statement from those in Russia’s Southern Military District.

“The plane crashed in a deserted place in the mountainous region of Ashuluk,” he added.

The flight was carried out without ammunition and the pilot was reported dead, he said.

A commission from the High Command of the Aerospace Forces was dispatched to the crash site to find out the cause of the crash, he added.

Review of Risk Management and Insurance

Jakarta, CNN Indonesia — A total of 19 people died after a commercial plane crashed into Lake Victoria in Tanzania on Sunday (6/11).

“All Tanzanians are with you mourning the 19 people who lost their lives in this accident,” Tanzanian Prime Minister Kassim Majaliwa said.

It was not immediately clear whether the 19 victims included members of the rescue team that sank or whether the 48-seater plane was carrying more people.

Authorities said they were investigating the possibility that two people were not on board but died in the rescue attempt.

Precision Air, a publicly traded company that is Tanzania’s largest private airline, said it had sent rescuers to the scene.

“An investigative team consisting of Precision Air and TAA (Tanzania Airports Authority) technical staff has also departed to join rescue teams on the ground,” the airline said in a statement.

According to video footage shown by local media, most of the planes sank, as rescuers, including fishermen, rushed to save the passengers.

Tanzanian President Samia Suluhu Hasan offered his condolences to those affected by this incident.

“Let’s keep calm while the rescue operation continues while praying to God to help us,” he said on Twitter. 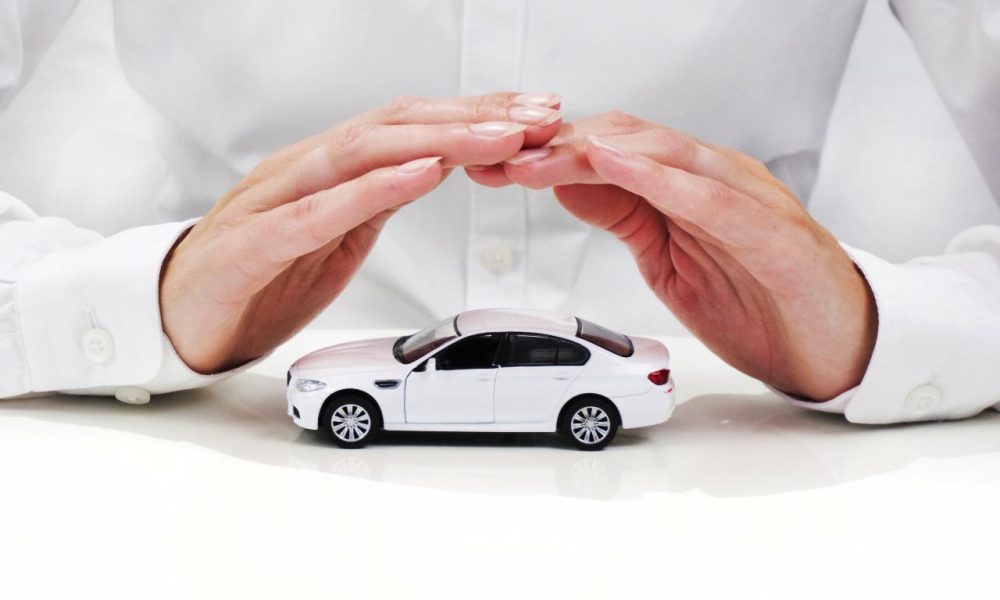 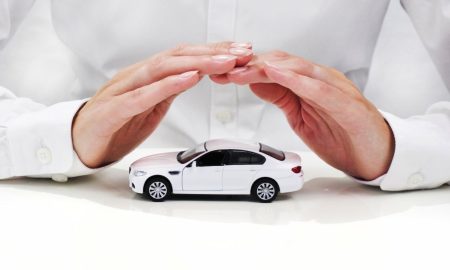 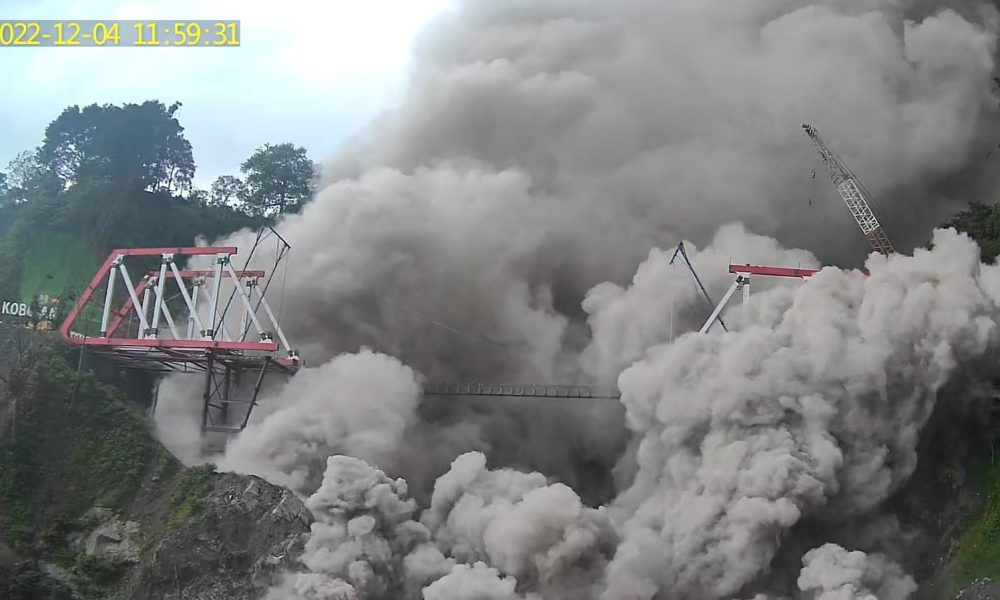 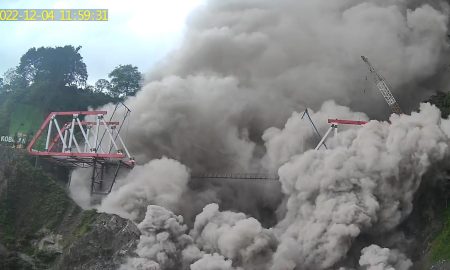 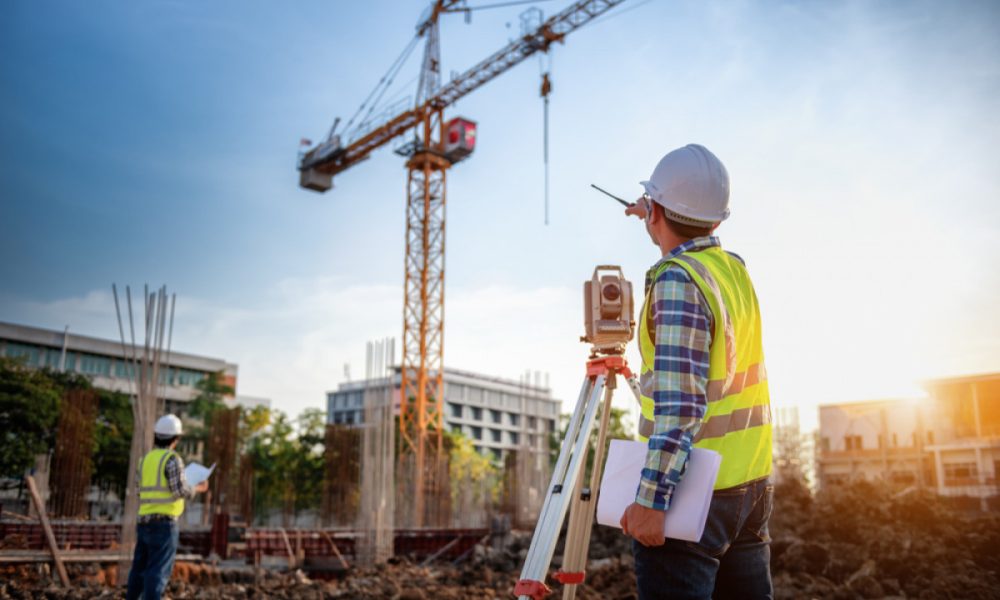 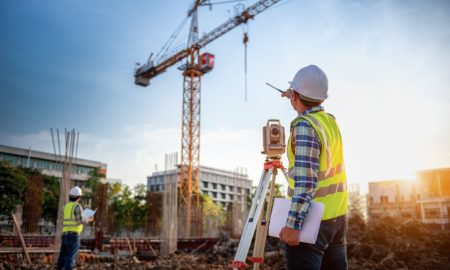 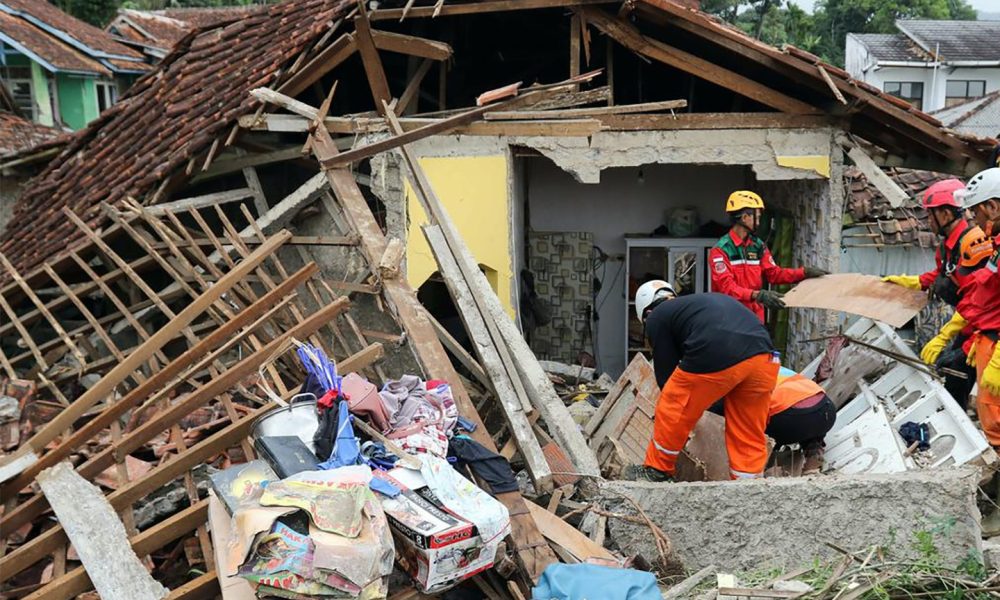 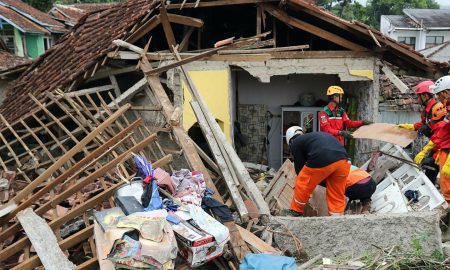 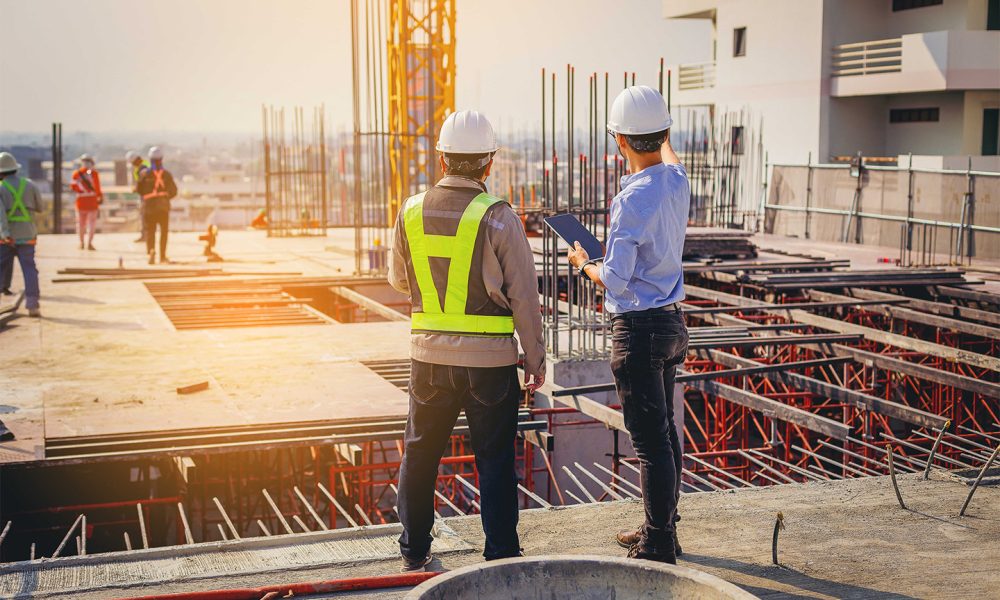 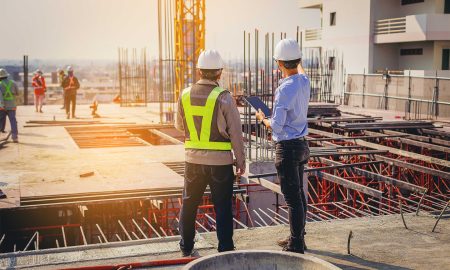 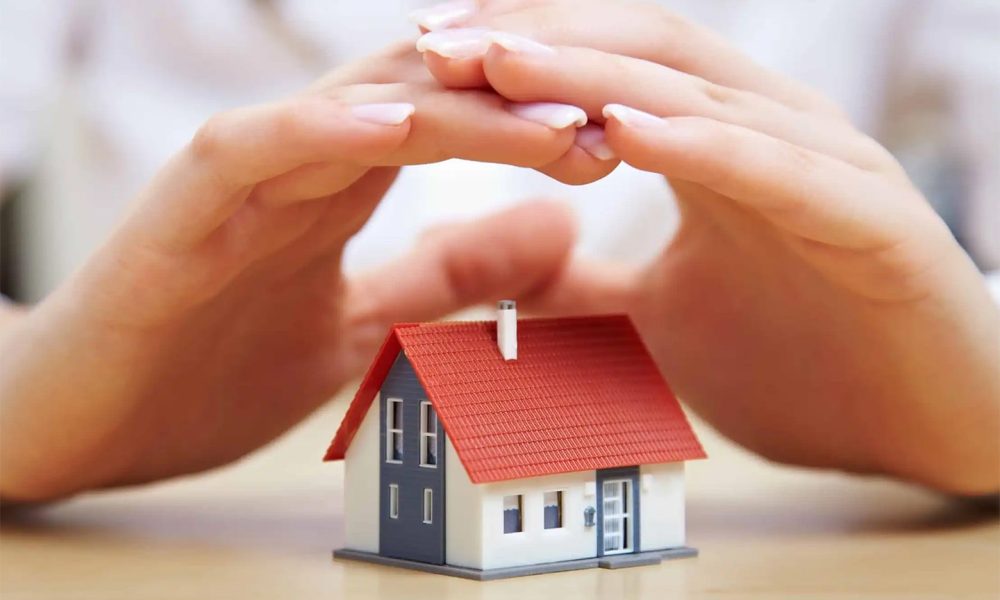 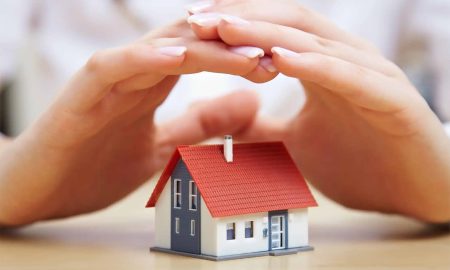 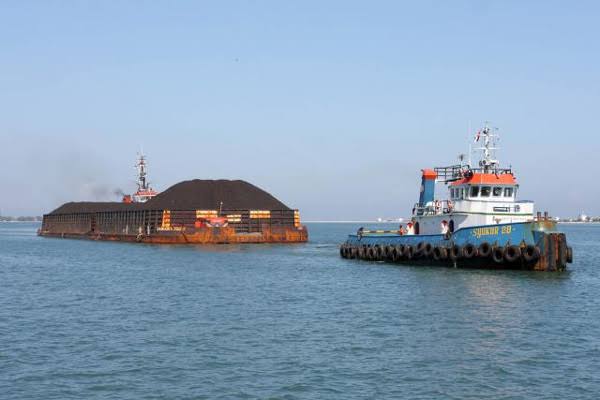 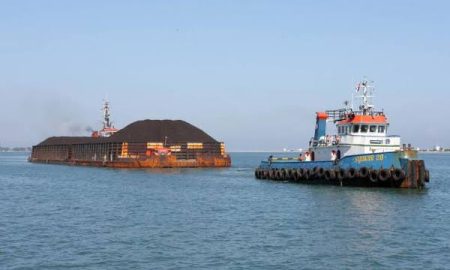